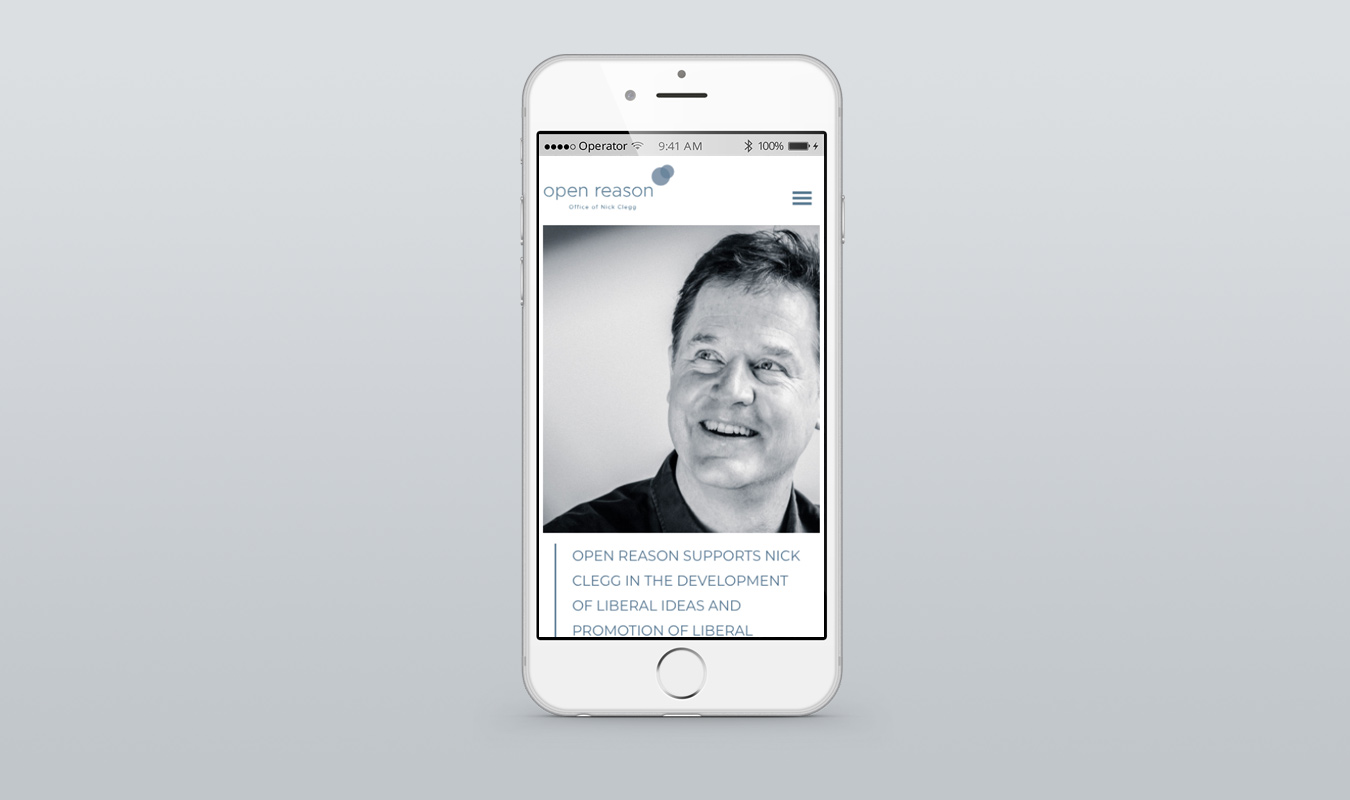 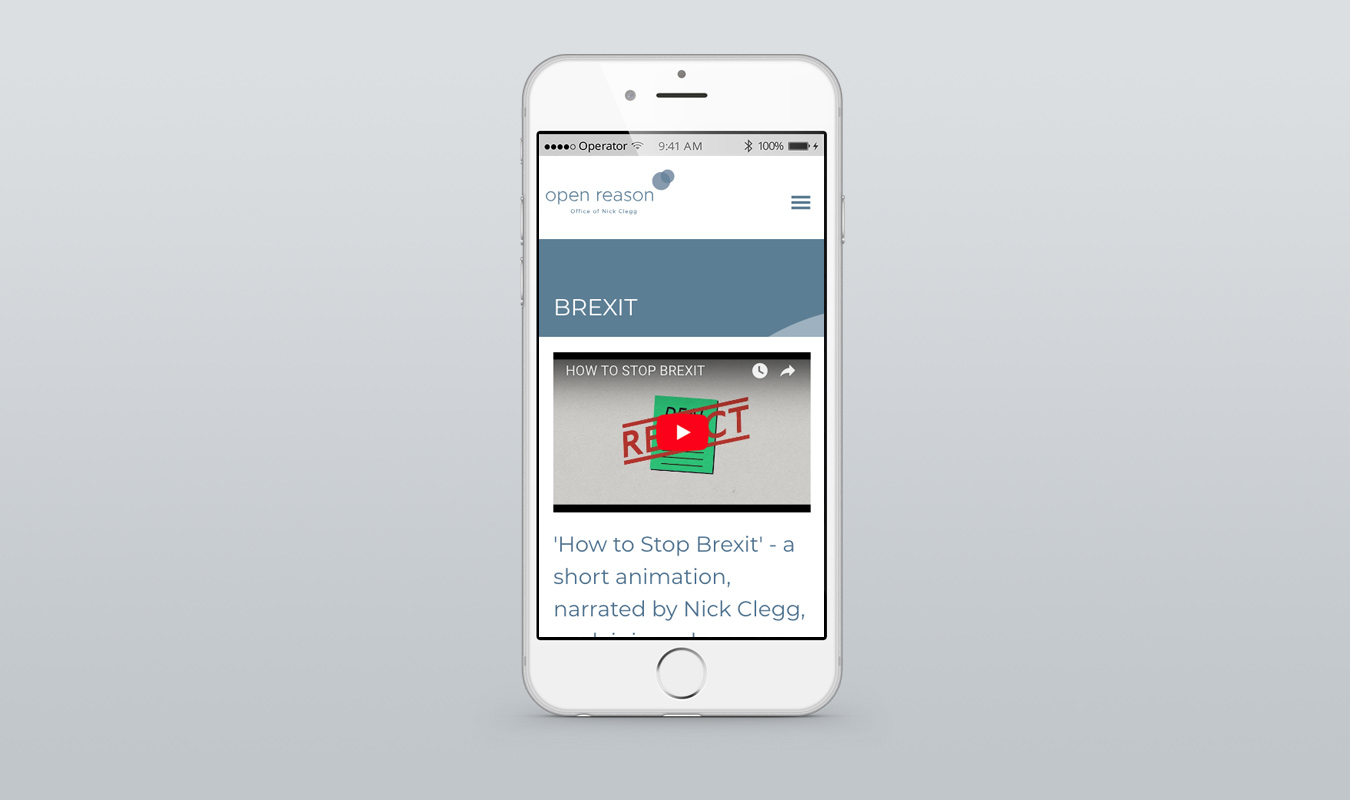 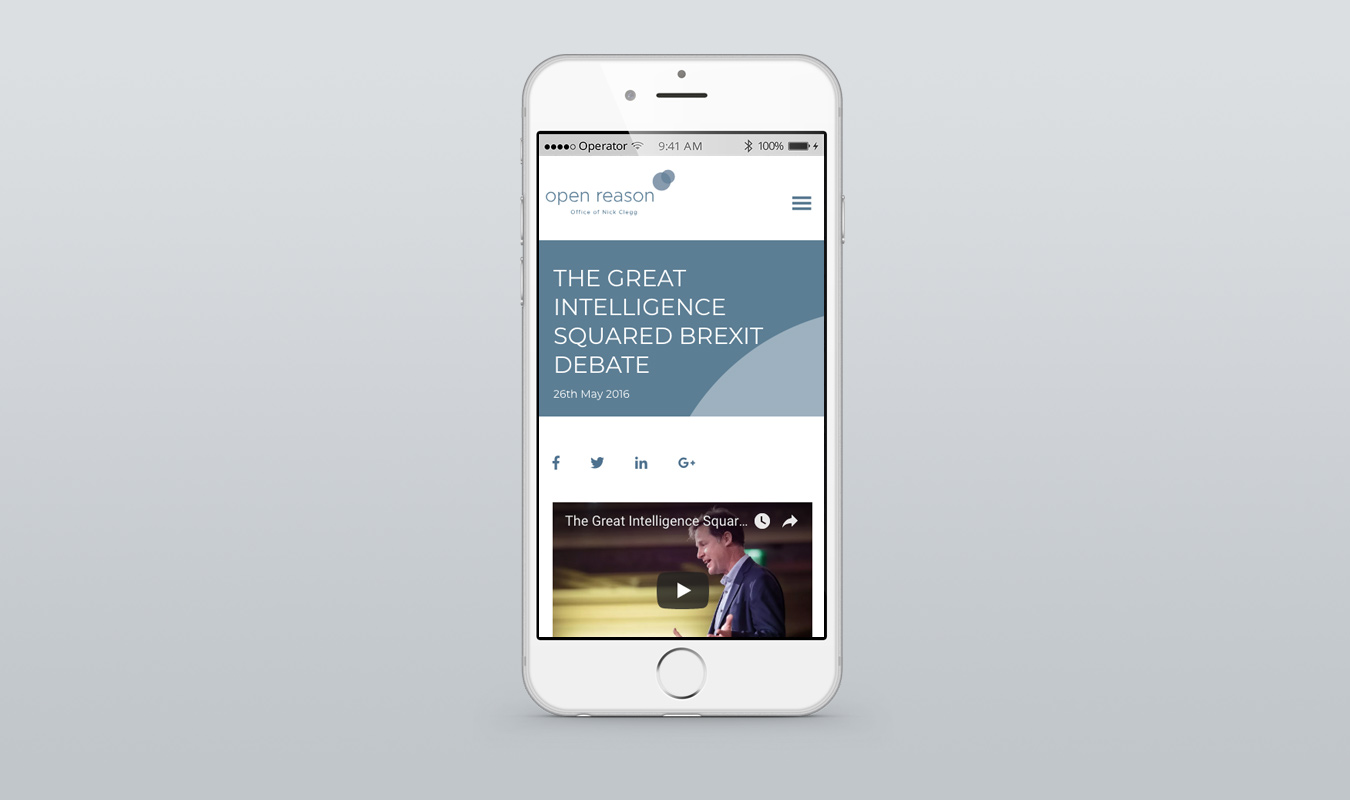 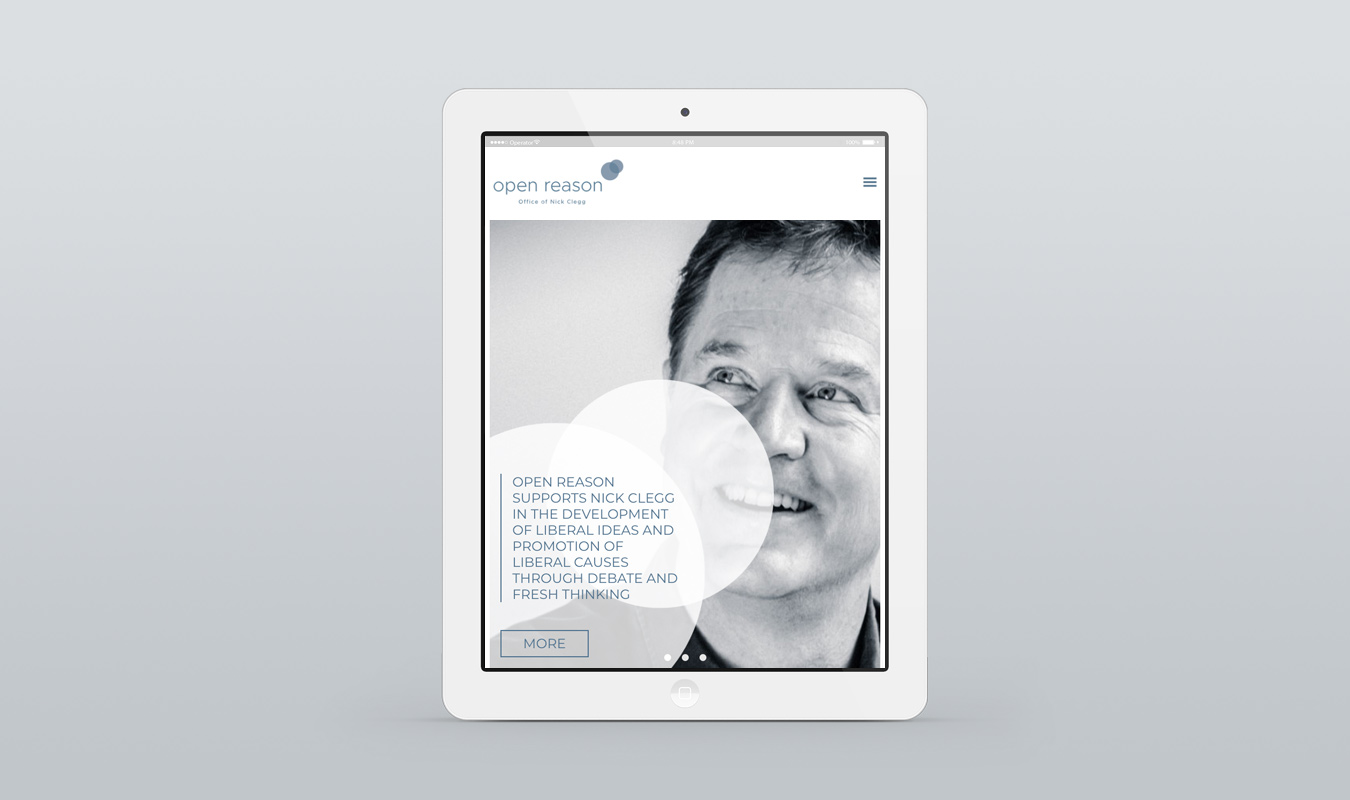 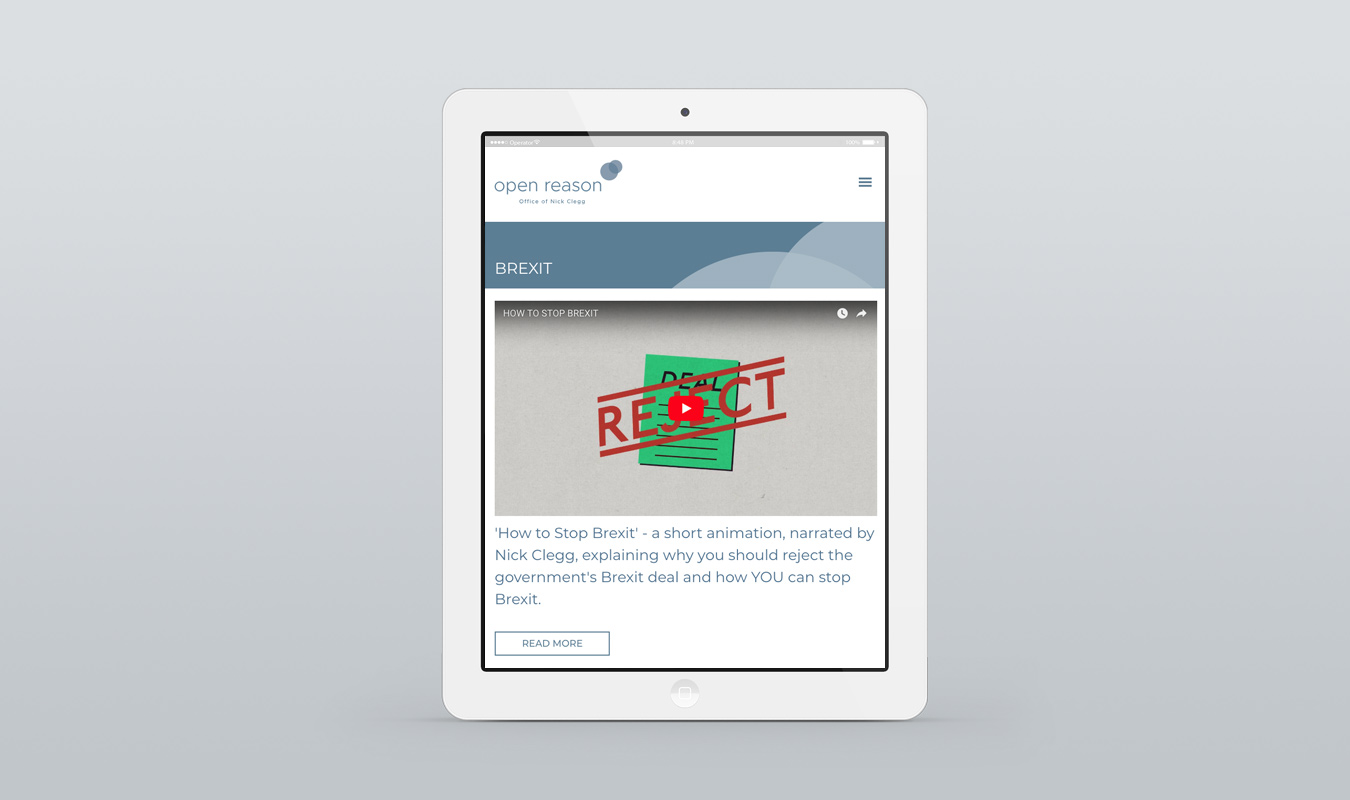 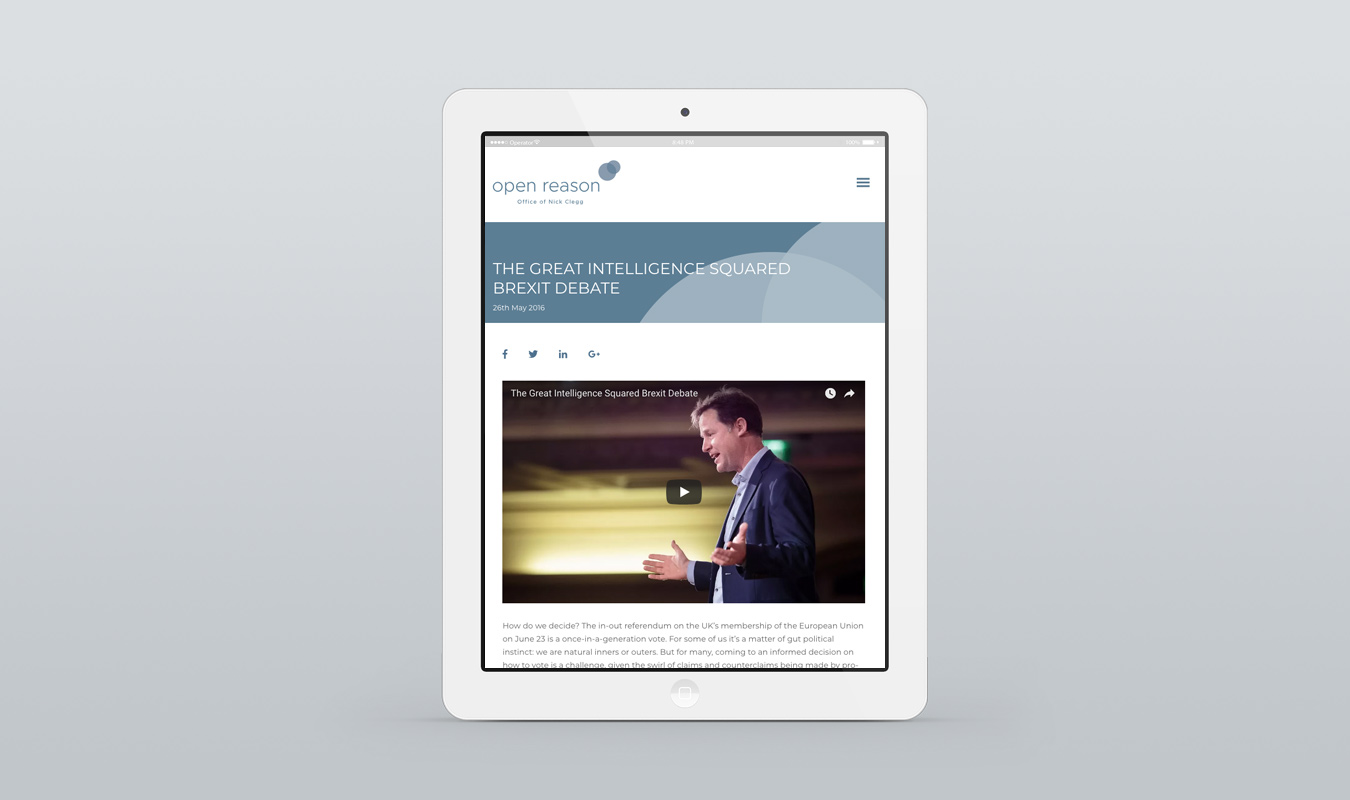 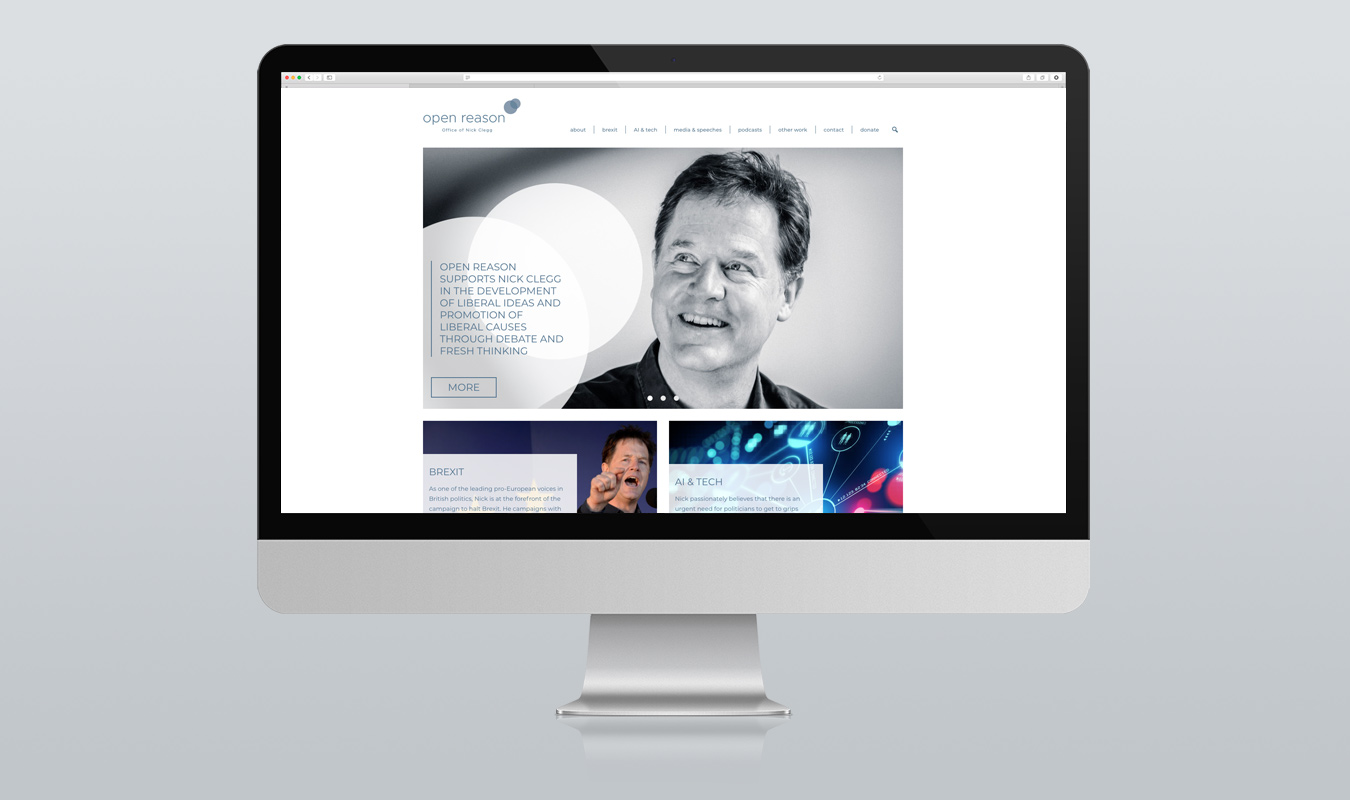 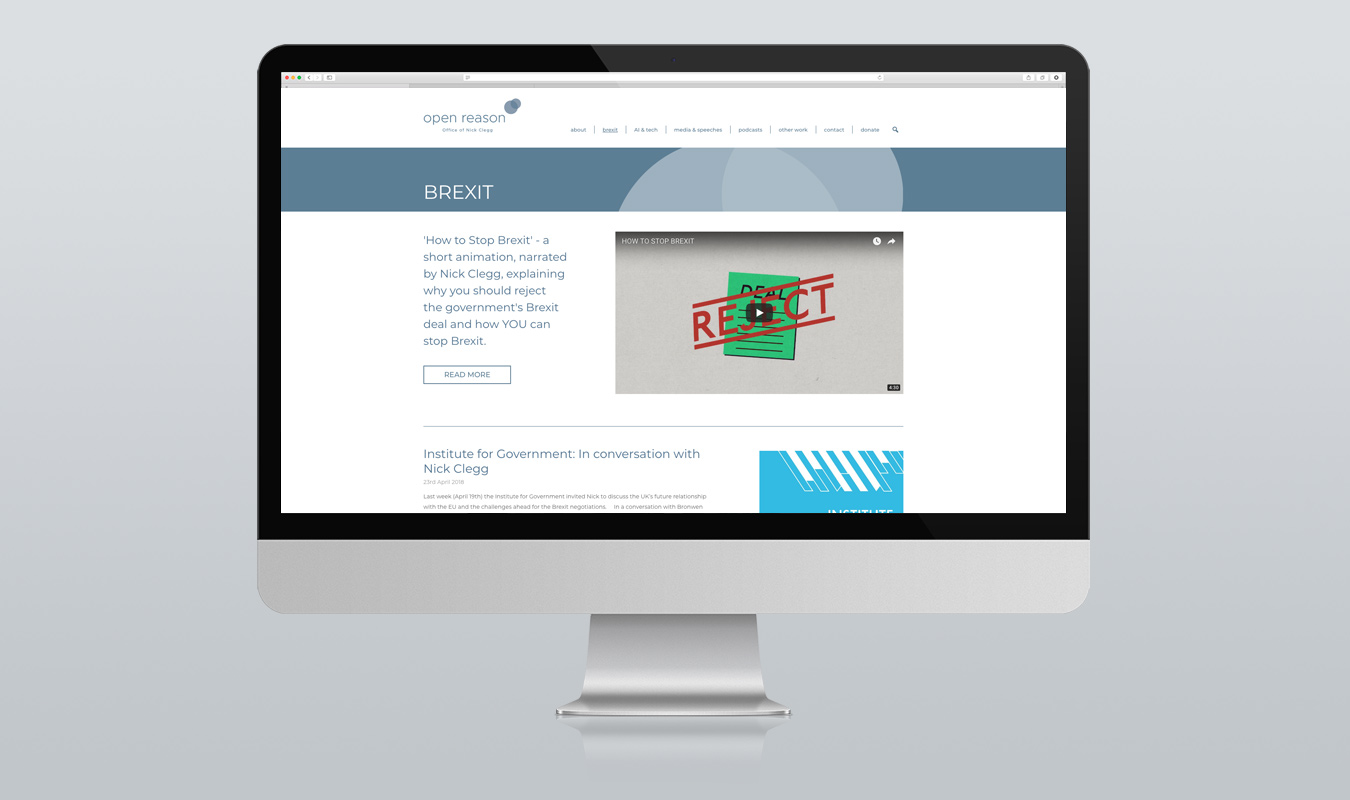 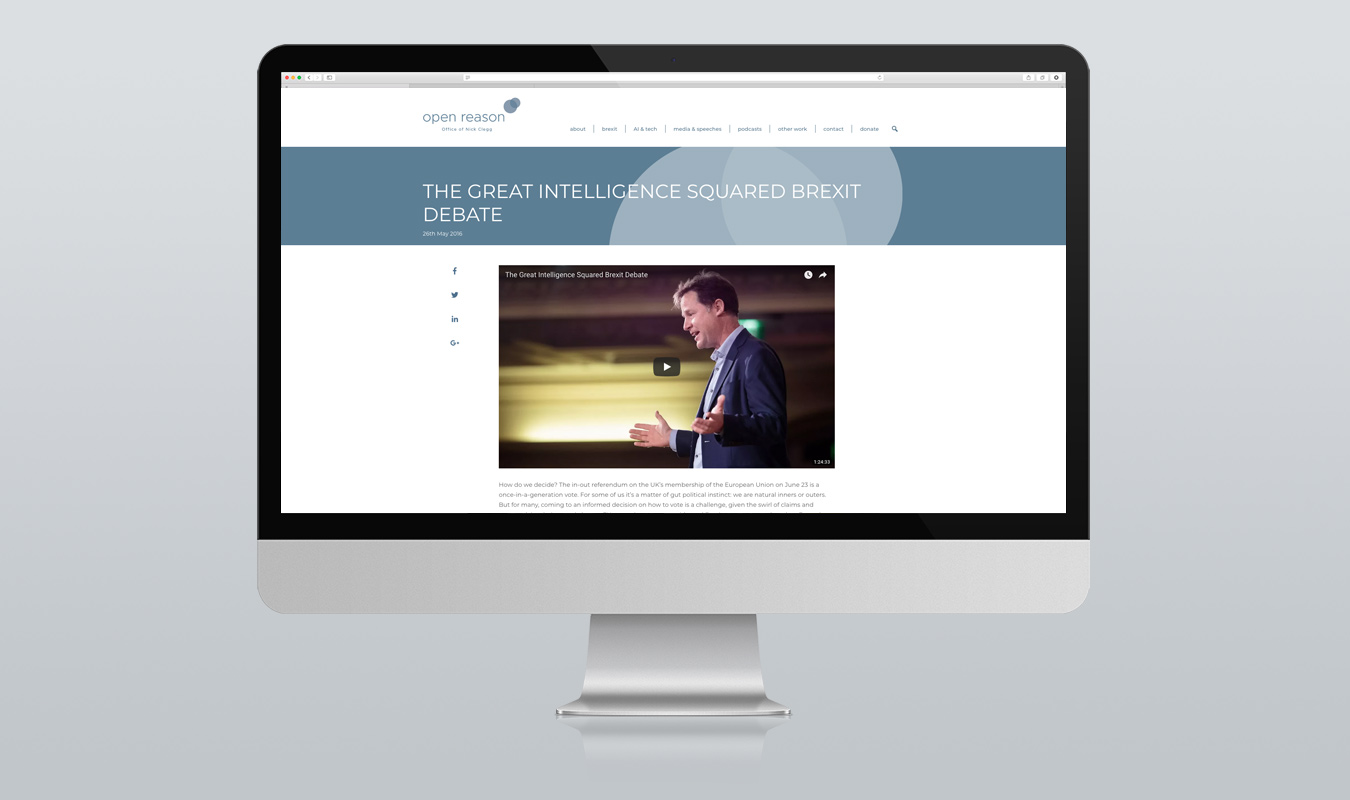 Open reason is the office of Sir Nick Clegg. Sir Nick served as Deputy Prime Minister in Britain’s first post war Coalition Government from 2010 to 2015. He was Leader of the Liberal Democrats from 2007 to 2015 and was Member of Parliament for Sheffield Hallam for 12 years up until the General Election in June 2017.

Open Reason supports Nick Clegg in the development of liberal ideas and promotion of liberal causes through debate and fresh thinking, with particular focus on Brexit, the AI/tech revolution, drugs reform and social mobility.

I was commissioned to design and build a website which could hold all the activity Of Sir Nick Clegg, such as articles, videos, speeches and podcasts.

Unfortunately since Nick Clegg took a position at Facebook the site is no longer live.